A lot of the posts were related to guns. "When are you going to wake up and realize that you need to restrict the use of guns in your country?" asked Emma Mitchell. Commenter Susan Chapman suggested changing the idea of a "right to bear arms" to a "privilege to bear arms." She said she believes responsible gun owners will appreciate ground rules.

"Privileges have to be earned, they aren't a given," she said. "Prove that you are mentally stable and have a reasonable need to own a gun. Make gun owners undergo mandatory training; locking up your gun, loading and unloading safely, storing bullets separately, practices that make gun ownership safer. Give police powers of inspection - checking gun safes, safe storage, training. No one can buy a gun without a training certificate in addition to background checks. No Internet sales of guns or ammunition and no walking out with the gun the same day."

Robb1371 suggested cracking down on gun crimes. "If you have been already convicted of a gun crime, the second time around, throw the book at them. Repeat offenders need to be locked up a very very long time."

"Though I am for stricter gun control for automatic weapons, I think we should have stricter security in schools, no matter how nice and safe an area seems to be," Katz said. "Let's get some metal detectors or something, and require every person to go through the security checks, even if the staff knows them. Especially since, as this case proves, many people who commit these crimes are not just random strangers."

This person compared schools to airports.

"I think schools should have security entrances with armed guards and metal detectors similar to courthouses and airports," said Scm. "It is no longer acceptable for it to be harder to get on a plane than it is to walk into a school." A commenter named brocore was one of many readers who said the issue stretched far beyond weapons and into the people who commit crimes.

"Pushing the blame onto guns diverts it from where the real need is: better, more comprehensive mental health services and facilities; addressing these issues in their infancy when they're first manifesting in childhood or puberty instead of assuming 'it's just a phase' or 'they'll grow out of it;' not kowtowing to drug manufacturers by prescribing anti-depressants or whatever at the first sign of trouble; getting people to understand that they won't be punished or cast out or labeled weird for seeking help."

A commenter named Joe Gesa responded to Stupify's comment and said that young people are being affected by our culture and need better preparation for the challenges of life.

"We have raised an entire generation on the theory that we must protect their self-esteem at all costs," Gesa said. "Then, while mom and dad had better things to do, we sat them in front of Grand Theft Auto and completely desensitized them to violence. So, if we stop shielding kids from every possible disappointment in life, so that when they face one, they are prepared for it; if we take the XBox away once in awhile; and if we actually talk to our kids occasionally, we might prevent some of this crap."

Another reader said children need to be taught how to love other humans.

"Utopian futures, while nice to think about, are unattainable," said user Kandric. "Humans -- by their very nature -- are chaotic and violent. The best way to reduce violent outbreaks is by teaching our children kindness, empathy and love. Take the time to be a parent. Sure, more gun control will also help, but only marginally. The real problem is the parenting, rather lack thereof." 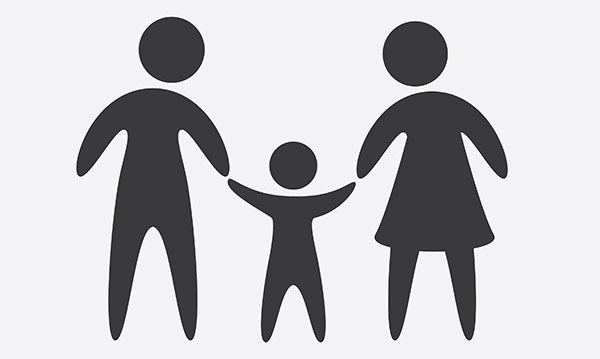 Autumn Boyer said it seems like the young people of "generation Y" (sometimes also called "milennials") are living their lives on screens. Kids are playing video games and relying on social media instead of communicating face-to-face, Boyer said, and pronouns are embedded in product names. The point: Concentrating too much on technology and the self harms the ability to understand others' emotions.

"Society and the media program gen Y and the upcoming Google generation that 'it's all about you' (i.e. iPods, MySpace, YouTube, Wii, etc), meanwhile, our kids are not developing critical communication and coping skills, and are stunted socially, psychosocially and/or emotionally due to being 'detached' and 'disconnected' from each other by living life through the virtual world (rather than the real world) of screens."